The Los Angeles school district is launching a Microsoft-developed a COVID-tracking app for children, which allows students to schedule and view the results of COVID tests, post the results of off-campus COVID tests, and schedule vaccinations. According to a promotional video posted on twitter students answer a questionnaire about whether they have any symptoms - after which the "Daily Pass" app will issue the child a scannable QR code to be scanned by a staff member, who wil

Chalk up another unusual headline to the LGBTQ agenda. This time it's not a television or movie character who appears to have sudden gender confusion, it's a children's toy that has been around for almost 70 years. Hasbro, the company that makes Mr. Potato Head, announced the potato-shaped plastic toy has been given a gender-neutral new name: Potato Head. Shortly after the hot potato announcement went public, Hasbro appeared to be working on damage control, saying Mr. and Mrs 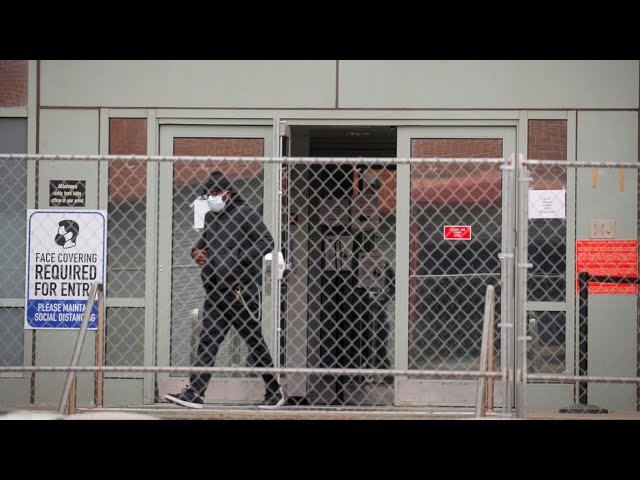 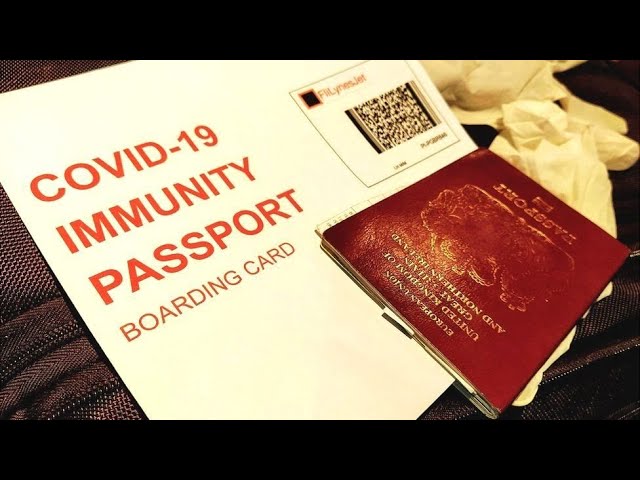 'Immunity Passports' could be the solution to get U.S Back to Normal says former CDC director

A New Jersey woman is suing Starbucks, alleging they fired her because she refused to wear a Pride t-shirt that she felt violated her religious beliefs. According to a lawsuit filed in federal court, Betsy Fresse was fired from her barista job at the chain’s Glen Ridge location for refusing to wear the shirt during shift, after being “assured” by her manager that it would not be an issue. Fresse “believes that being made to wear a Pride T-shirt as a condition of employment wo

Vaccination Cards will be issued to everyone getting Covid-19 vaccine, health officials say

The Department of Defense released the first images of a Covid-19 vaccination record card and vaccination kits Wednesday. Vaccination cards will be used as the "simplest" way to keep track of Covid-19 shots, said Dr. Kelly Moore, associate director of the Immunization Action Coalition, which is supporting frontline workers who will administer Covid-19 vaccinations. Everyone will be issued a written card that they can put in their wallet that will tell them what they had and w

This commercial depicts Satan (in a Hellboy-like interpretation) and 2020 (a woman) meet using the Match dating app. Once they come face to face under a bridge, satan and 2020 are seen feeding each other strawberries in an unused football stadium, working out together in a closed gym, seeing a movie in an empty theater, and stealing rolls of toilet paper all while Taylor Swifts song "Love Story" is playing in the background. At the end of the commercial they watch comets rain

Georgia is currently experiencing an infestation of an invasive species of snake-like, carnivorous worms, according to wildlife experts. Hammerhead worms, also known as shovel-headed garden worms, have been popping up across the state, including more than 100 sightings in Atlanta alone, according to reports. The worms, which can grow to be a foot long, primarily feed on earthworms but will “prey on other soil dwelling invertebrates,” University of Georgia agriculture extensio

The Ouroboros Steak — named after the ancient alchemic symbol of a snake eating its own tail — has been nominated by a prolific museum as its design of the year. According to the webpage, Design Museum their Ouroboros Steak is a DIY meal kit for growing gourmet steaks from of one’s own cells. It comes as a starter kit of tools, ingredients and instructions that enable users to culture their own cells into mini steaks, without causing harm to animals. Lab-grown meat has not ye

Justin Trudeau Says: "This Pandemic has Provided an Opportunity for a Reset"!

The Prime Minster of Canada stated, “This pandemic has provided an opportunity for a reset – this is our chance to accelerate our pre-pandemic efforts to re-imagine economic systems that actually address global challenges like extreme poverty, inequality and climate change,”. Trudeau made the comments during a United Nations video conference back in September. #thereset #greatreset #UN #justintrudeau #primeminister #shatteredparadise #signsofthetimes #lastdays

A bill passed by the D.C. Council on Tuesday, October 20th, 2020 would allow children as young as age 11 to obtain vaccinations without their parents’ consent. Under the legislation, if a doctor determines that a minor is capable of informed consent, they would be able to seek government-recommended vaccinations their parents object to on religious grounds. They also could get vaccinated against the human papillomavirus — which is recommended for older children but opposed by

On Monday, McDonald's announced that they are developing a new plant-based burger, which they've coined the McPlant. They also are launching a new Crispy Chicken Sandwich in early 2021. The company said it would be testing a meat-free burger in several markets next year. They tried the plant-based burger in select restaurants in Canada last year. "There are other plant-based burgers out there, but the McPlant delivers our iconic taste in a sink-your-teeth-in (and wipe-your-mo

YouTube users in multiple regions around the world encountered issues in playing videos on the site Wednesday. The site’s TeamYouTube account acknowledged the problems in a Twitter post. “If you’re having trouble watching videos on YouTube right now, you’re not alone — our team is aware of the issue and working on a fix. We’ll follow up here with any updates,” it tweeted at 7:23 p.m. ET. According to monitoring site DownDetector, user-reported YouTube problems spiked at aroun

Michael Bay’s "Songbird" is an upcoming movie showing a dystopian America based on the covid-19 pandemic. The film, from producer Michael Bay and director Adam Mason, takes place two years in the future, in which COVID-23 now wreaks havoc on the world by attacking the brain. Infected Americans are forced into quarantine camps called Q-Zones There is so much going on and so many hidden forces working behind the scenes, both politically and spiritually. These times require us t

The Satanic "Agender" is on the Rise: Sign of the Times

Signs of the Times

Bill Gates is now the largest farmland owner in America

Immunity Passports could be the solution to get U.S Back to Normal says former CDC director